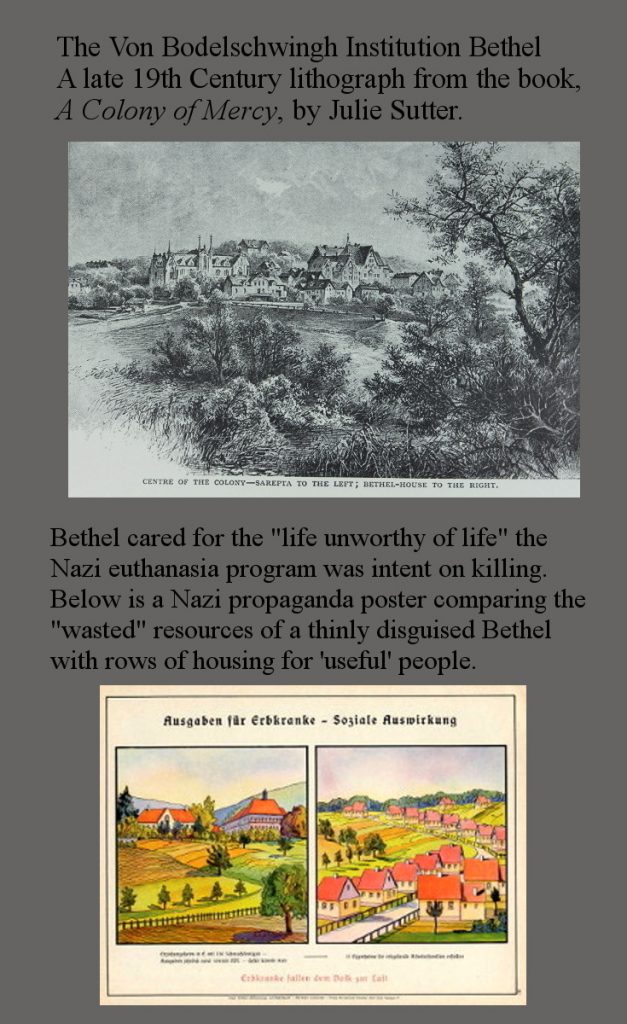 The German Church War was an attack upon God’s House in the most general sense; however, the “God’s House” specifically referred to here is the Bethel (Beth-El, “House of God”) Institution in Westphalia, Germany. Bethel, originally a home for epileptics founded in the mid 19th Century by the Inner Mission of the Old Prussian Union Church became, and remains to this day, one of the largest and most influential Protestant charitable works in the world caring for all manner of sick and disabled under the credo that “… each person is a unique personality, created and loved by God”.

The place and the people associated with Bethel played critical roles in the story unfolded in War Comes To God’s House, for it represented the exact opposite of the Nazi world view. The Director of Bethel, Dr. Friedrich von Bodelschwingh, was the first “Fuehrer” (Leader) of the Protestant opposition to the Nazi/German Christian Reich Church. Even through the horror of the Nazis’ Third Reich and World War II, Bethel remained something of a place out of its time, a “Colony of Mercy” hearkening back to its founding in the German “Great Awakening”.